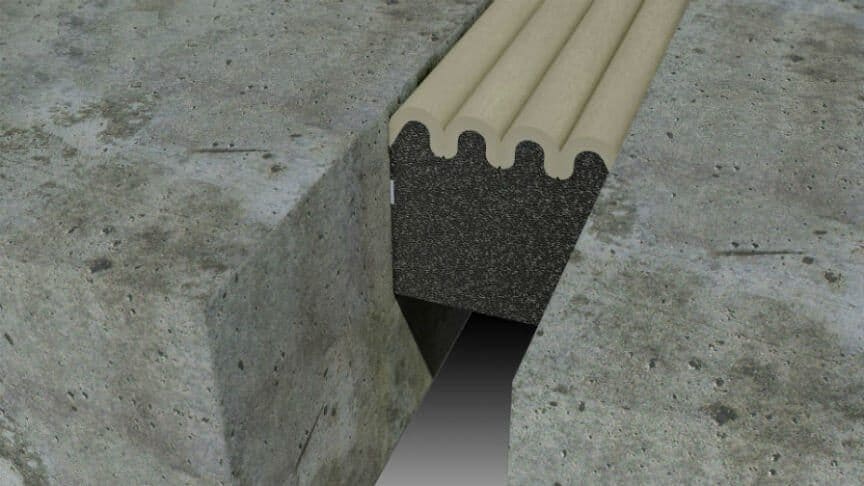 While we may not perceive it visually, buildings are in constant motion. Wind causes buildings to sway, temperature changes cause expansion and contraction in building surfaces and moisture causes expansion of materials. Additionally, seismic events can cause differential movement in both the structure and finishes of a building.

Designing for building movement is an important part of detailing a building. This can be achieved by the use of joints to relieve or take up the movement. A building joint is essentially a separation of building elements that allows for independent movement and protects the structure and finishes from damage.

A few common types of joints used in building construction include the construction joint, control joint, expansion joint, settlement joint, and the seismic joint. Building joints can accommodate movement vertically, horizontally and along the depth of the structure.

There are various forces of nature that cause buildings to move. Some of these are cyclical, that is they happen with the coming of each season. Others are caused by daily temperature changes. Materials tend to shrink or grow depending on ambient temperature.

Each material, in turn, has its own unique properties that cause it to contract or expand more than other materials. Some are also more susceptible to moisture or condensation and the rate and period of expansion or contraction due to exposure varies.

Other causes are structural. They include the sagging of materials over time or the movement of walls and roofs due to wind loads. Some movement occurs during construction as materials dry out over a period of time.

How they move varies depending on the material. For example, concrete and stucco shrink as they cure, whereas gypsum plaster expands as it dries. Many of these movements stabilize after a few years, others do not.

While there are many types of specialized joints, from a functional standpoint there are really only two main types. The first type of joint is the non-movement joint. These include most joints that are used to connect materials in a building.

Examples of non-movement joints include the nailed connections in a wooden frame of a home or mortar joints between masonry units. In steel construction, it might include the welding or bolting of a steel frame.

The second type of joint is the movement joint. There are many types of movement joints, however, the one thing they all have in common is that they allow for anticipated movement without causing damage to the underlying material. While it’s important to understand the distinction between these two joint types, the focus of this article will be on movement joints.

The simplest movement joints are working construction joints. They are used throughout the construction of buildings to allow for materials to move without creating distress.

An example of a working construction joint would be a shingle roof, which is made up of small units of materials that overlap so that they allow for thermal or moisture movement without causing damage to the shingles.

Abutment joints separate new construction from existing construction. They are used when new additions are made to an old building. They are meant to allow for movement and settlement to occur within the new structure, without disturbing the existing structure.

Essentially, they provide a means for each separate building to settle and move independently. These joints are often times also referred to as construction joints or isolation joints for this reason.

Typically, control joints are filled with mortar with a bond breaker on one side to avoid tensile strength development. Control joints will not relieve masonry expansion, however.

Expansion joints, on the other hand, are able to handle both expansion and contraction. Their purpose is to anticipate the amount of thermal movement likely to occur and to provide a complete separation that allows for movement.

In addition to dampening movement, expansion joints must maintain weather tightness. They are made waterproof with waterstops, elastic joint sealants, metal flashing, or caulking. Expansion joints vary in width from half an inch to one inch in width.

Normally, expansion joints in masonry walls are provided every 125 feet and in steel or concrete structures, or in roofs, joints are placed every 200 feet or so. They should be located at junctions of separate structures, as well as in stairwells and elevator shafts.

In essence, they separate a single building into smaller structures that can move independently of one another. Building separation joints are created by constructing independent structures on each side of the joint, often times with completely separate foundations.

The next type of building joint, settlement joints, are created to avoid stress from different rates of foundation settlement.

The final type of building joint, the seismic joint, is used to divide a geometrically complex building into small units that can move independently of one another during an earthquake.

While a standard expansion joint allows for a range of motion of +/-25 percent of the nominal joint width, joints that are specified to seismic standards support movement of +/-50 percent.

Nominal joint size is the designed width of a separation slot in a building or component. It expands and contracts from this nominal size.

When designing for joints, it is important to keep in mind that you are designing to the maximum and minimum sizes. The building joint, therefore, needs to cover the worst case.

Buildings and building materials are in constant motion. In order to deal with this movement, buildings materials are either strengthened so they can resist the stresses or they are intentionally weakened at specific locations to allow for controlled movement.

Joints in buildings fall under the latter category. They allow for controlled movement to prevent building damage. If building materials are allowed to move on their own, they will create their own joints in the form of cracking and spalling.

This is not only unsightly, but can cause structural damage to buildings. The damage may not be visible initially, it may take several years to develop. But, eventually, cracking and spalling can cause parts of a building to detach creating a dangerous situation for a building’s occupants.

Joints should therefore be designed in such a way to prevent this end result. The right types of joints need to be placed at correct intervals to relieve movement and settlement stress. By proactively engineering the paths of movement, we can ensure that a building will be structurally sound if and when these stresses present themselves in the future.