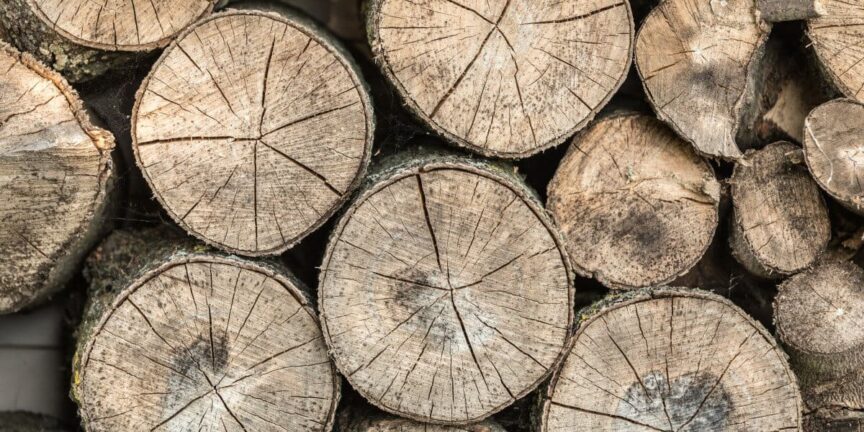 In the wake of high household mortgage debt and the recent emphasis on green building, many Americans are turning to sustainable, cost-effective ways to build a home mortgage-free. As a result, cordwood construction is increasingly becoming popular. But while it’s widely touted to be “as simple as stacking firewood in a woodpile,” it takes a deep understanding of the best practices for cordwood construction to build a great-looking, structurally-sound house.

Read on for more details on cordwood construction and the best practices for building a structurally-sound house using this method.

What Is Cordwood Construction, and How Is It Different From Conventional Log Masonry?

Cordwood refers to an ancient construction method dating back to over 1000 years ago. Its earliest forms trace back to Greece and some parts of Europe, but the modern version of this building technique became popular in the 1800s.

Put simply, cordwood construction is where logs of the same length are laid in a bed of mortar and insulation to create a wall. But unlike in traditional log masonry, where the grain of the wood runs along the length of the wall, the grain in cordwood masonry faces out. In other words, you see the cut end of each log in a cordwood wall when looking at it (as opposed to how you’d see the whole length of the wood in a conventional log wall).

Due to its great insulative characteristics, and structural excellence, and cost-effectiveness, cordwood masonry is increasingly becoming a popular option for DIY builders, particularly those looking to build mortgage-free.

But to build successfully using this technique, you need to know and utilize the best practices for building with cordwood.

Let’s review them below.

Choosing the right mortar mix is important because the kind you choose may have an impact on the structural characteristics of the resulting building and the operational efficiency of your construction process.

Some of the commonly used mortar mixes include:

There isn’t a single “best” mortar mix for every construction project. Perhaps the only factor you should consider is the climate in your area because some of these mixtures are climate-specific.

For instance, you might want to avoid papercrete if you’re building in wet conditions because it doesn’t have the best moisture resistance and may disintegrate when exposed to water for extended periods. And while it has great fire resistance, it expands and contracts rapidly when exposed to extreme temperature fluctuations, leading to cracks and/or buckling.

On the other hand, lime putty mortar may be affected by temperatures below 5°C (41 °F). With that said, there’s a growing preference for this kind of mortar among DIY builders, mainly because:

Another best practice when building with cordwood is to choose the increasingly popular Frank Loyd Wright rubble trench foundation. Popularized by the man it’s named after, this type of method utilizes a gravel trench to prevent water from settling under a building’s foundation. In doing so, it helps protect a building against frost heaving, saving on construction costs and providing a type of foundation that suits a wide range of soils and climates.

To create a rubble trench foundation, a trench footer is dug to frost depth, continuously running around the perimeter of the structure. Next, the trench is filled with gravel before being reinforced with a structural (typically concrete) grade beam. The concrete grade beam usually sits on top of the gravel-filled trench, and its main purpose is to evenly distribute the building’s structural load across the surface area of the rubble trench.

As for the drainage, it’s facilitated by the cavities between the gravel filling, and a filter fabric liner is usually installed between the stone and the soil to provide further protection against fine silt that may fill the spaces between the stones over time and compromise the flow of water.

Drainage is particularly important for any foundation system because water is the most common cause of foundation failure. Both liquid and frozen water can be problematic. The former can compromise a foundation footer (the part of a foundation that sits below ground level) by eroding the soil around it.

Frozen water, on the other hand, is the culprit behind the frost heaving phenomenon mentioned earlier. When it freezes, water expands, causing the ground around your building’s foundation to expand, too. This causes your building’s foundation to heave upward during winter and then drop back as a result of the ground thawing when spring comes around. This kind of movement in your foundation can cause cracks in walls or even uneven settling in a building.

By allowing water to flow through your foundation, Frank Loyd Wright rubble trench foundation eliminates such drainage issues and helps your building retain its structural integrity. Additionally, it’s eco-friendly, high-performance, and resource-efficient, all while being a low-cost foundation construction technique.

Few notes to keep in mind:

We might have touched on these, but here’s a detailed explanation of the advantages of building with the Frank Lloyd Wright rubble trench foundation technique:

Some of the potential challenges you may face with this foundation construction technique pertain:

Large roof overhangs are a critical requirement for a cordwood house because the log ends in the walls are usually prone to moisture damage. Splashback from snow and rain is often the biggest issue, causing discoloration and degradation (AKA mold, mildew, and rot) in the cordwood. If left unchecked, moisture can also compromise the longevity of a cordwood building.

As a general rule, the roof overhangs should be at least 16 inches (40.64cm) to control moisture damage. To further protect the wood, you can set the exterior log ends flush with the mortar when building or even go the extra mile of coating them with linseed oil.

Choosing the Right Type of Wood

Choosing the right type of wood when building with cordwood construction is important because this material makes up about half of the walls. When making this choice, there are several factors to consider.

Let’s discuss them below.

By stability, we mean how much the wood expands and shrinks over time. As a general rule, wood that expands a lot will shrink a lot, too, and the reverse is also true. Typically, dense, heavy hardwoods shrink and expand more than their light soft, airy counterparts.

To differentiate between the two wood types, take a look at the annual growth rings. In hardwoods, they’re typically small. Ideally, you’ll want to use wood that doesn’t shrink and expand too much because this can cause cosmetic issues.

Insulation (also denoted as R-value) is another area where lighter, airier softwoods outperform their heavy, dense, hard counterparts. The insulative characteristics of the latter wood type are similar to those of stone: It has great thermal mass but a poor R-value (AKA transfers heat rapidly).

This simply refers to how well the log end of a particular wood type maintains its shape and size from one end to the other. You don’t want your wood to have severe taper or twists because if most of your log ends do, the wall will be very hard to build.

Additionally, a wall made of irregular long-ends will be unstable because there’s usually little “paste bond” and zero chemical bond between the mortar and the wood in cordwood construction. All in all, you’ll want to avoid log ends harvested from severely twisted/tapered or “bushy” tree species.

Most DIY builders don’t consider this, but some wood types such as the Siberian elm do stink. You’ll want to avoid these. On the other end of the spectrum, there are aromatic wood types like cedar. But while their smell might be appealing in small doses, it can be irritating when it’s too strong. Seemingly, odorless wood is the safest bet, but this is entirely a personal choice.

Rotting of logs in a cordwood house is rarely related to the type of wood. Rather, it has more to do with adhering to the basic principles of building with cordwood.

To control rotting in a cordwood house, observe the following rules:

Different jurisdictions have varying building requirements, so the best way to ensure that your DIY cordwood construction project conforms to the law would be to consult with a structural engineer who is familiar with the building code in your area.

This is particularly important when building in a seismic zone because the laws are usually different from a non-seismic region. For instance, in the latter, the walls can be load-bearing, unlike in a seismic zone.

Kudos for making it to the end of this long read. But before we wind things up, understand that taking the DIY route with cordwood construction may take some used for a novice builder.

As such, you might be better off trying out a small project before taking on a sizable one. This way, if you don’t like the end result or find the project too tiring and time-consuming, you won’t have wasted much time and resources. And if you do end up wanting to build a larger cordwood house, the small project will have given you invaluable experience, which you can then apply to the larger project and minimize costly mistakes.