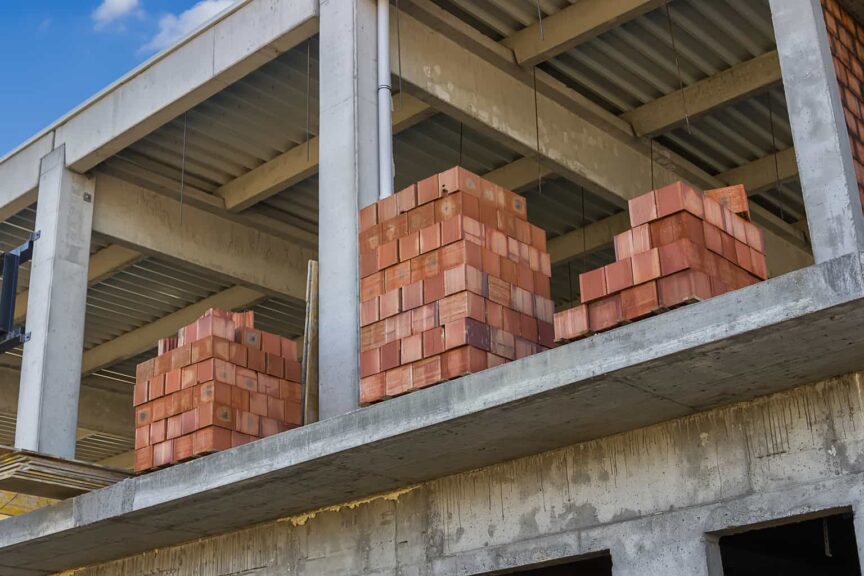 Interlocking bricks are created by mixing sand, soil, and cement. This mixture is then compressed in a machine to produce bricks with an interlocking pattern. After this is done, the bricks are cured for seven days. This can often come with reduced costs compared to creating regular bricks.

On the other hand, if you are building a small structure in an area prone to earthquakes, using interlocking brick is actually safer for the reasons mentioned earlier in this article.

There are several benefits of using interlocking bricks to pave your driveway. They are more stylish and look better, with more beautiful and varied designs. It is easy to repair or replace them, and you also won’t have to worry about the integrity of the structure like you would if you were building a vertical structure.

Using interlocking brick with beautiful designs for your driveway can help you improve your house’s curb appeal, potentially increasing the value of your property.

Is It Worth Using Interlocking Brick?

If you are looking to build a structure as quickly as possible and as cheap as possible, it is worth using interlocking brick. This is especially true if you are building a residential building in an area prone to earthquakes.

On the other hand, if you are building a commercial building or trying to create a more resistant structure to extreme weather and insect infestation, you should not be using interlocking bricks.

At the end of the day, whether interlocking bricks are good for construction or not depends on your needs and goals. If you need to save money to build a residential building in an area where earthquakes are common, they could be a good choice.

On the other hand, if you live in a more moderate or a colder climate where earthquakes are uncommon or rare, then fired bricks are probably going to be your best option. While they cost a bit more, they provide better resistance to rain and protenction from the elements.