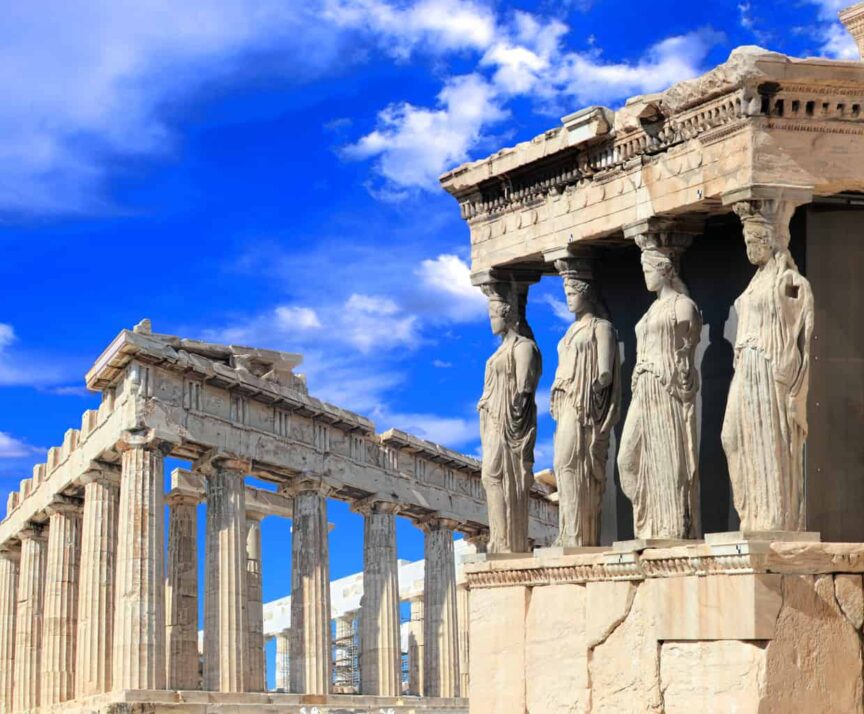 Proportion and scale are used extensively in architecture to create forms that are both functional and pleasing to the eye. Establishing a balance between the two is what separates great architecture from other types of structures.

Designers use scale to create compositions that are appropriate in size for the intended use and proportion them in such a way that the separate parts relate to one other, as well as the whole of the building, in a harmonious and rational manner.

The aim of building design is to create a composition that both inspires the senses and is, at the same time, organized in an identifiable and rational manner. While both scale and proportion impact the aesthetic quality of a building, they do so in different ways.

The Difference Between Proportion and Scale

Proportion, on the other hand, takes into account the proper or harmonious relationship between shapes relative to one another or to the composition as a whole. Proportion is concerned with both quality as well as the degree of emphasis or articulation.

In addition to design intent, there are other factors that can impact both scale and proportion. For example, the standard size of the materials used and structural requirement or constraints can also play a role.

Materials, because of their inherent physical qualities have limitations in terms of size. Their strength, elastic qualities, hardness, and durability all limit how long, wide, or thick they can be before breaking or collapsing.

A material’s proportions are also regulated by how they react to forces of stress. Some materials, such as brick, for example, perform better under compression. Their size and mass are dimensioned in such a way as to take advantage of this natural quality.

Steel, on the other hand, is able to perform under both conditions of tension and compression. This provides the material with greater flexibility. It can be made into linear shapes such as columns and beams, but at the same time, it can also be made into sheets of metal. Regardless, there are limits to its size and shape determined by its point of failure.

Wood is a fairly flexible and elastic material, and can also be used for linear shapes such as posts and beams or as planar sheets.

Similar to building materials, structural members are proportioned based on their functional requirements and strength limitations.

A beam, for example, has significantly more depth proportionally to its width. This allows it to span greater distances and support more weight.

A column, on the other hand, increases in thickness relative to the amount of weight it needs to support. Both structural elements offer cues on the size and proportions of the spaces they occupy.

Architectural elements are proportioned not only based on structural limitations but can also be size based on manufacturing standards and norms.

These proportions are often dictated by convention, but other factors such as ease of transport and packaging efficiency can also come into play since the elements are produced in manufacturing plants.

Because these manufactured products function in combination with other elements of a building, often also manufactured in a plant, their size and proportions are also established based on their relationship to those other parts. How they fit in the overall assembly, for example.

An example of this are doors and windows, which are required to fit within modular masonry openings. Likewise, sheathing materials are sized to fit within the standard spacing requirements of wood and metal studs and joists.

While the size of materials, structural, and other building elements are restricted by their ability to withstand natural forces, a building’s scale and proportions can also be determined by the designer.

A designer can choose to make a space taller or shorter or to give its footprint a square, rectangular, or circular shape. These decisions may be driven by individual design intent, but can also be derived from proportioning systems and methods generally accepted in building design.

These proportioning systems help unify the interior and exterior of a building and can provide a sense of order throughout the composition. Different shapes and forms can be unified with proportion to create a more harmonious relationship between each of the parts.

The golden section is a mathematically-based proportioning system used by ancient civilizations including the Greeks and Romans as well as by modern designers, most notably the French-Swiss architect Le Corbusier.

It is based on the notion that mathematical proportions, which are prevalent throughout the universe, have a harmonious structure to them. They can be described in terms of the parts relative to the whole and the algebraic formula: a/b = b/(a+b) = 0.618.

This proportioning system is used not only in architecture, but also in other creative fields such as art, graphic design, music, and can even be found abundantly in the structures of living organisms, including the human body.

The classical orders used by the Greeks and Romans of ancient antiquity represented the perfect expression of beauty and harmony. They were not based on a fixed unit of measurement, but rather on the proportioning of the parts to the whole.

The basic unit of measurement was the diameter of a column. The dimensions of the shaft, the capital, pedestal, and entablature were all based on this starting dimension. The five classical orders, from least ornate to most ornate include:

The design theories of the Renaissance period were deeply rooted in the Greek mathematical system of proportions. Pythagoras discovered, based on the consonances of the Greek musical system, that there was a simple numerical progression 1, 2, 3, 4, that could be expressed in ratios 1:2, 1:3, 2:3, 3:4 to create harmonious compositions.

Architects of the Renaissance believed that the spatial units of a building should be based on these mathematical formulas. One of the most influential architects of the Italian Renaissance was Andrea Palladio, who in his book The Four Books on Architecture laid out the system of proportioning that makes rooms beautiful and harmonious.

Palladio, for example, proposed methods for determining the height of rooms based on their length and width. A flat ceiling room, he suggested, should be as tall as it is wide. Square rooms with vaulted ceilings should be one-third taller than their width. For other rooms, Palladio used Pythagoras’s theory of means to establish their height.

The Modular proportioning system was made famous by the French-Swiss architect Le Corbusier. Based on the measuring concepts used by the Ancient Greeks, Egyptians, and other high civilizations, the Modular uses the mathematical proportions of the human body as a point of reference.

The Modular combines the aesthetic dimensions of the Golden Section and Fibonacci numerical series with the scale of the human body. Le Corbusier saw the Modular not only as a sequence of numbers but as a system of measurement that could dictate the size of volumes and surfaces based on a human scale.

The ken was introduced in the second half of Japan’s Middle Ages. It was originally used to designate intervals between columns and varied in size. However, it eventually became standardized as a standard unit of measurement for residential architecture.

The base unit of measurement is a 1:2 modular floor mat which can be configured in a variety of ways based on the number and placement of the mats used. The traditional mat size was determined by the size needed to sit two people, or for one person to lie on. However, as the use of the ken grid increased, it eventually became sized based on structural requirements, rather than on human dimensions.

The size of a room was determined by the number of ken used. The more mats used, the larger the room. The ceiling height, in turn, is derived from the number of mats x 0.3. The ken evolved from a unit of measurement for buildings to an aesthetic module that ordered the materials, space, and structure of Japanese architecture.

Anthropometry refers to the dimensioning of objects relative to the human body. While ancient cultures used human body proportions as a starting point for design and aesthetic considerations, it was used in a more theoretical manner. Anthropometry, on the other hand, is more practical and functional in its approach.

Anthropometry is based on the premise that the proportions of the human body affect the proportion of things that we handle. Limitations in terms of the height and distance of things we try to reach play a role in how we move and interact with our surroundings. The size of furnishings and the height at which architectural elements are placed reflect this notion.

Scale takes into account the size of things relative to other reference items. It can only be perceived when compared to something else. This reference point can be a standard that we have universally come to expect, or it can be an adjacent volume or space that serves as a relative scale.

Among the dimensions of a room, the height has a greater effect on scale than the width or length. In addition to the vertical dimension, other factors that affect scale are the color, shape, and pattern of the surrounding surfaces. Likewise, items placed within a room can impact the perception of scale.

Proportioning systems have been used throughout the history of architecture to create both order and aesthetic beauty. The goal is always to strike the best balance between scale, that is the size of forms relative to others, and the harmonious relationship between the parts.

Both scale and proportion have shaped the course of architecture through the ages. Those buildings that we remember the most or that have been most cherished by historians have managed to find a unique harmony between these two elements of design.