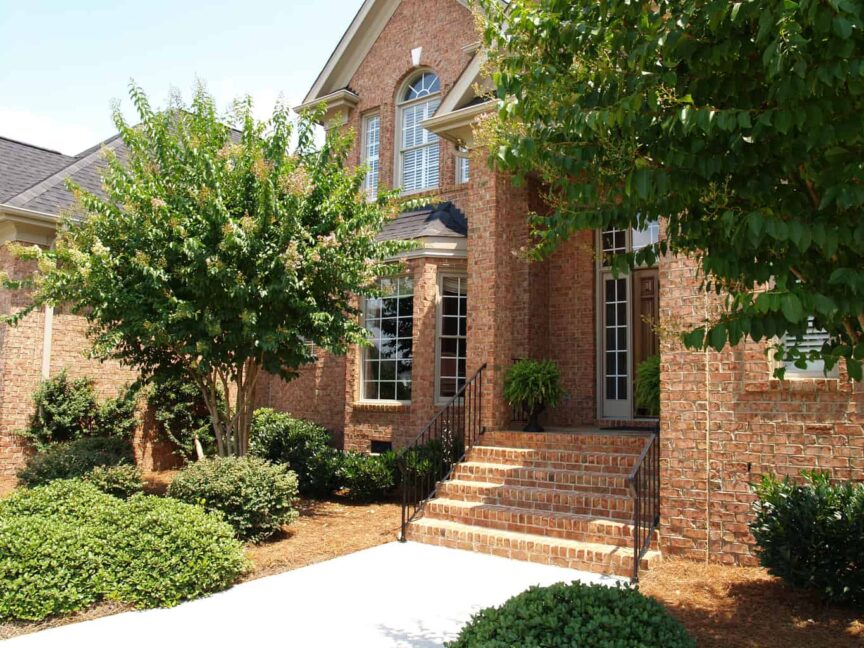 Brick steps are a nice addition to any home, and not only are they aesthetically pleasing, but they also increase the value of a home and its appeal. They’re also long-lasting and durable, especially when treated appropriately. When you’re installing a new set of brick steps, you should make sure that you research the right steps to take; for example, should they be sealed?

Your brick steps should be sealed. Most good bricks come with added cement that protects the mortar and prevents weathering. However, the quality of bricks has dropped from how it used to be years back. Therefore, you should seal your brick steps to be on the safe side.

The rest of this article will explain why and how you should seal your bricks in great detail, including what sealing of bricks means, how they play a role in improving your brick steps and whether or not you need to get it done for your brick steps.

Is It Necessary to Seal Your Bricks?

Most staircases in modern-day homes utilize bricks. These bricks mainly constitute the steps. Other parts can be mixed with materials such as metal and wood.

Many construction workers and homeowners don’t go through the added stress to seal brick steps since they’re already a formidable stand-alone material for steps. However, you might be surprised to find that sealing your brick steps greatly increases the longevity of your steps.

It is necessary to seal your bricks. Bricks are to be designed to stand the test of time, but sealant allows them to last even longer. A certain quality of bricks allows them to withstand most weather conditions; however, this quality has dropped over the years, making sealant even more necessary.

Thanks to the added cement, quality bricks are designed to last hundreds of years without weathering. However, the bricks created now don’t last as long.

For economic purposes, except when you don’t mind changing the bricks now and then, you might need to get them sealed. What’s more, if you reside in a tropical region with a considerable amount of rainfall, then sealing your bricks is of high necessity.

However, if you can guarantee the quality of your bricks to be one that could last the test of time under varying weather conditions, you can skip the sealing. But to be on the safe side, sealing is of much more benefit to you than just helping your brick steps look prettier than others.

Aside from keeping your brick steps looking prettier for an extended period, sealing also comes with many benefits for your steps. Here, we’ll be looking into certain dangers that affect your bricks’ longevity and how sealing can help make them better!

As previously stated, modern-day bricks are far from the past ones where quality is concerned. Weathering is normal over a certain period. And with reduced quality and more focus placed on aesthetics rather than longevity, it is up to you to secure them with sealant.

Especially when the steps are frequently used, cracks and dents can occur from time to time, affecting aesthetics and longevity. Sealing your brick steps increases durability. It helps create an additional protective covering that allows your brick steps to stand the test of time.

Coats and Protects Your Brick Steps From UV Rays

Just like with a lot of other things, ultraviolet rays play a huge part in reducing the longevity and quality of materials, and your brick steps aren’t an exception.

Sealing generally provides an outer covering for your brick steps. These coverings protect your bricks from direct and continuous contact with the UV rays, thereby helping them retain their strength, quality, and beauty.

Prevents Weathering and Crumbling of the Brick Steps

Your brick steps might look great on the outside until you see a small crack. The disappointing thing about this is that the crack didn’t just appear on the surface. It results from continued weathering and crumbling of the brick from the inside out. Most of the time, this is due to extended water damage.

Once water finds a way to creep into your brick steps, it can cause a lot of internal damage that may not be noticed on time and fixed till it is too late. Sealing your brick steps help curb this occurrence easily and effectively.

Improves the Appearance of Your Brick Steps Over Time

Brick steps last long. That’s a fact. However, no one promises that they’ll remain to look just as good. Over time, especially with low-quality bricks, durability drops over time. Cracks and dents begin to surface. In some cases, thanks to weathering and moisture, you can even have plants growing from different sides of your brick steps.

Some brick steps that come in a certain color lose their color over time. Sealing your brick steps helps it last for longer. It also protects it from external factors that could harm the overall appearance.

Bricks are porous, and their porosity shows itself more as a danger than an advantage over time. This also means that your bricks can take in moisture, which is not good news for you.

When your bricks take in moisture, they’re prone to weakening and weathering. Moreover, moss growth tends to follow humidity and water damage. To keep your brick steps at their best, sealing them to keep out moisture or water plays a huge role.

Once your brick step starts to suffer from moss growth, it’s pretty hard to get it back under control. This is because a lot of damage has been done, especially from within and moss growth is an adverse result rather than a symptom.

Sealing your brick steps protects them against weathering, water damage, and everyday wear and tear, keeping them pristine over longer periods than exposed brick. Although some prefer to leave off the sealant, choosing to use it will mean longer-lasting brick, which saves you money and time in the long run.